Kareena Kapoor Khan gushes over her little bundle of joy, and he is not Taimur Ali Khan | Hindi Movie News

Kareena Kapoor Khan, who is a doting mother of Taimur Ali Khan and has another baby on the way, found herself gushing over another little munchkin.

The actress, who has not let her pregnancy or the COVID-19 pandemic slow her down, revealed in a social media post, who her little bundle of joy really is. The actress brought a smile to all her fans’ faces when she revealed it was an adorable little pooch named Leo. 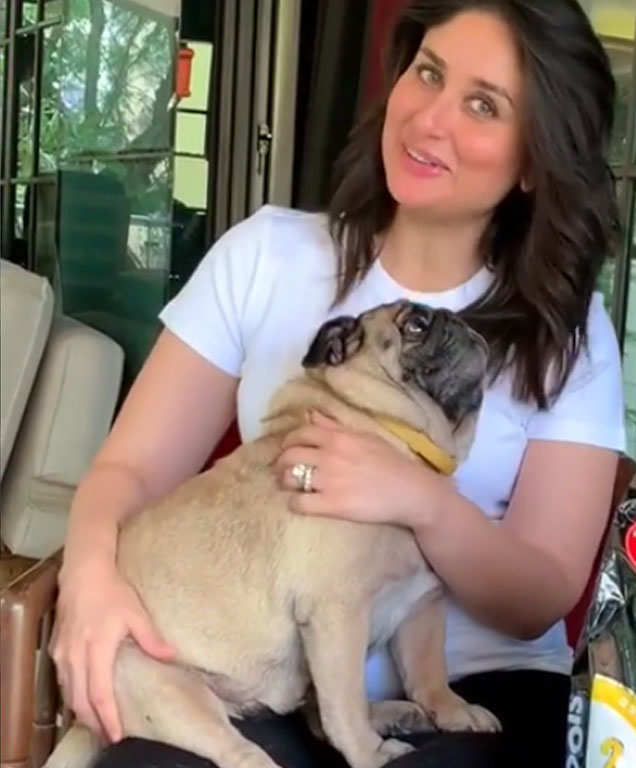 The actress, who loves pets, cuddled up with the Pug on her lap as she got about shooting for a commercial. This was not the first time that the actress was left gushing over the little furball.

The actress previously posted an adorable video that saw her cuddling with the Pug, who she dubbed as her “favourite co-star”.

“ Shooting with my fav co-star Leo Di Caprio, my Leo,” she captioned the video.

Kareena, who is pregnant with her second child, was spotted on Wednesday, busy filming with her sister Karisma Kapoor. Dressed in matching outfits the sisters shared a cute BTS boomerang that Bebo shared with a caption that read, “Double Trouble.”

Besides working on some advertisement projects, Kareena has also been busy wrapping up work on her film shoots. She recently wrapped up her shoot with Aamir Khan and marked her last day on the sets with a gorgeous photo.